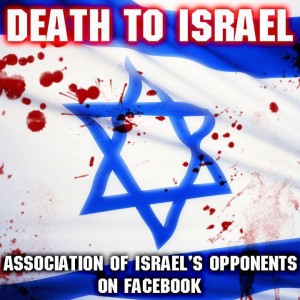 Recently I received the following email from an infidel located in Canada:

Dear Sir:
I was informed yesterday about a FaceBook site called “Death to Israel”. You can access the site by entering “Death to Israel” in FB’s search engine. This is apparently a group site dedicated to annihilating Israel. What is even more disturbing are the graphic pictures of dead children and dead bodies being disrespected. I have written to FaceBook complaining of this site twice, and others, on another FB page, have also reported with no results at all. Facebook sent a typical whitewashed reply “Thanks for your recent report of a potential violation on Facebook. After reviewing your report, we were not able to confirm that the specific page you reported violates Facebook’s Statement of Rights and Responsibilities.”
I wrote to them again, quoting their own policy about not allowing hate toward one ethnic group etc. but received the same reply. I cannot rest while this page is still up and running. I will keep writing until someone with more “oomph” behind them can hopefully make FaceBook listen. Even without the anti-Semitic quality to the page, these photos are able to be viewed by any minor. And it’s difficult to know what is being said as it is mostly written in Arabic or something. 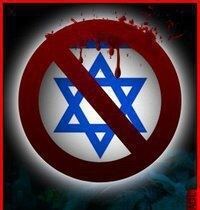 I am more than aware of FB’s bias toward conservative viewpoints, but think this crosses the line. If you can help I would so appreciate it!! Or even let me know where/whom I can write? I wrote to the AntiDefamationLeague and pray they will respond. Meanwhile, I will keep writing. I am only one little soldier in Canada!
Thank-you kindly and God Bless
Naomi

Considering the fact that the Islamic scriptures call for Muslims to fight and kill Jews to reach judgment day, the Islam inspired anti-Israe pagel  is no surprise.

Mohammad and Hitler….two Jew hating peas in a pod.

One little soldier can be the start of an army. Now lets do more than talk about the problem, and head over to the page to report the hate page! It can be located by clicking HERE. 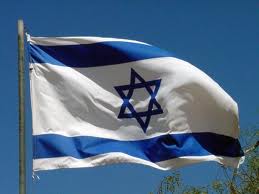 One more thing, on the page it states not to use vulgar words. Well the page itself is vulgar! But apparently not to them….