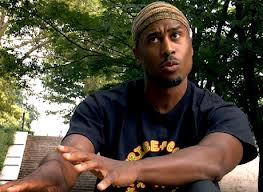 Last night on Twitter I struck up a conversation with former Tribe Called Quest member Ali Shaheed Muhammad, and just like “Taliban” Gansta Rapper, he ran from the harsh realities of Islam.

Christopher Logan ‏@LogansWarning
@AliShaheed as a black man how do you justify Mohammad owning black slaves? Do you plan on bring back slavery? @Brynmr 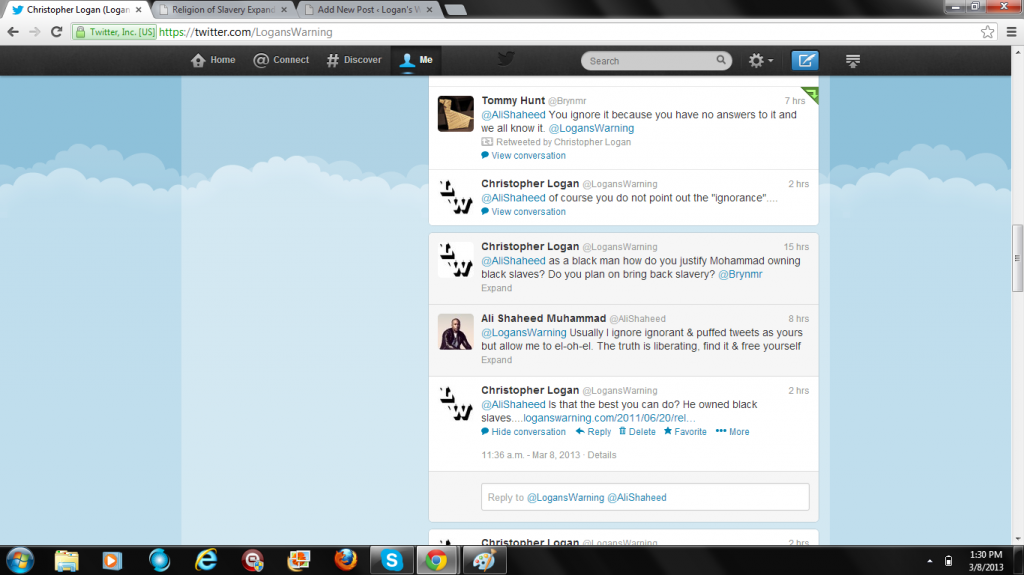 Even after providing the proof, Ali could not bring himself to face the truth.

The best the rapper could do is type up empty talking points, that did not prove a thing. I though rappers were supposed to be wordsmiths…

@Brynmr @loganswarning Answers to what? You guys make up stuff and call it truth. I answered it by saying find the truth & free yourself.

As you can see his statements did not refute a thing. Just a bunch of empty talk! 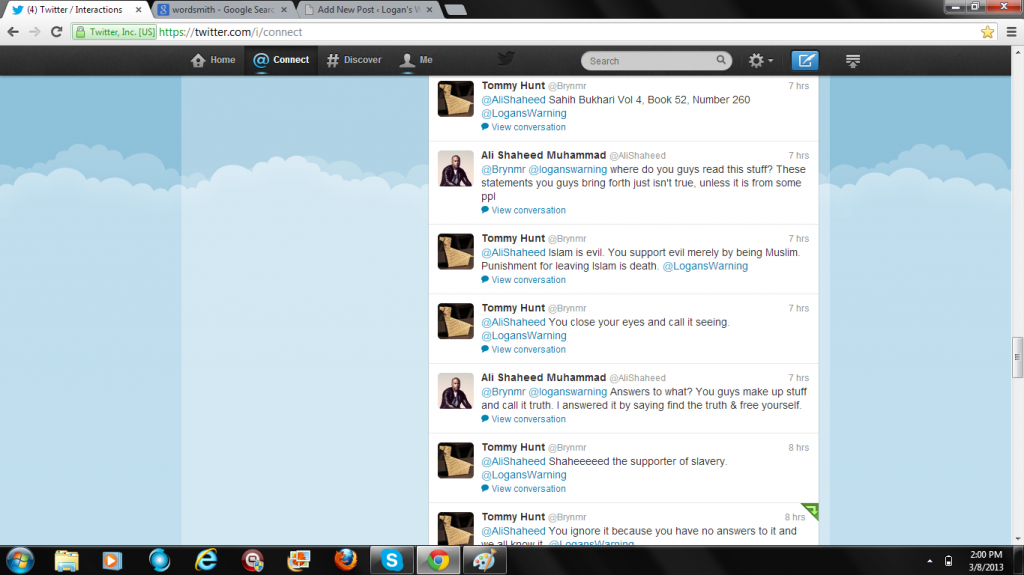 Ali then went onto to show either he is just ignorant on Islam, or trying to cover for the brutality that Islam still allows.

@LogansWarning not a cop out. it’s true which is why you won’t bring forth the cultural practices of all nations of 1400 years ago. anyway..

Yet when I mentioned Koran verses that show Islam still allows slavery such as 4:24, he took the easy way out and ducked them. Why would anyone want to be part of something they cannot even honestly defend?

Our fighting for freedom friend Tommy also hit the rap star with the truth.

@LogansWarning Ali: I posted verses ordering death to apostates – you ignored them. @AliShaheed

Ali ran from that as well, as he has unfortunately has allowed his mind to be enslaved by Islam. Being a slave is nothing to be proud of. I would be embarrassed to be part of the ummah.

Tommy will close this one out:

When Muslims are confronted with the true Islam they fold like a cheap deck of cards and head for the mosque. @LogansWarning@AliShaheed

For the record: Ali has taken the easy way out and blocked me on Twitter. Islam: slavery of the mind and moral corruption.

← UK: The English Defence League Takes Their Anti-Islam Message to the Streets!
Muslim Comment of the day…. →