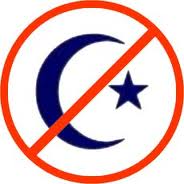 During my interview on Pete Parker’s TUFFTalk radio I stated that non-Muslims need to become more assertive, and go on the offensive against deceptive and lying Muslims. Muslims who are PREYING on naive and trusting non-Muslims. As they attempt to con them into believing Islam is no threat to them.

Now thanks to Hunter College Student Vincent Bruno Otero, we receive another massive dose of encouragement as Vincent certainly went on the offensive! His actions coincide with the actions of the growing anti-Islamic youth campaign we see forming across the West!

Watch the story about his confrontation with a group of Islamoconmen!

Special thanks to fellow infidel Andrea on the introduction to the newest member of our team.

It is past time that we lock arms with our infidel brothers and sisters across the world, and drive Islam where it belongs. Back into the caves of the desert! (That is NOT a call to violence.)

111 comments for “NY College Student Steps up to the Plate and Takes on Islam!”