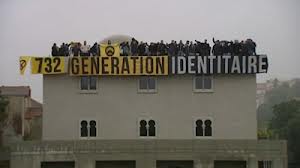 Infidel friends it has been awhile since I have been able to some goods news, but today I am posting a video that will hopefully make your day! Although our mate Tommy Robinson has been taken as a political prisoner, it is clear there is a growing anti-Islam campaign taking place across the West.  A campaign that is lead by infidels across different generations. From the UK’s Law and Freedom Foundation, stopping new Mosques from being constructed, to the the new youth movement that is making headlines across France!  They go by the name Generation Identitaire  (GI), and unlike the youth of OWS , they actually see the dangers of Islam and multiculturalism.

GI first made headlines back in October, when they took to the roof of one of the enemy’s headquarters….errrr….I mean a Mosque.

The mosques are our barracks, the domes our helmets, the minarets our bayonets and the faithful our soldiers…

Hat tip on the video to our friends at the Christian Defense League.

Since that grand opening statement the youth movement has stepped up their message. A Declaration of War on the wanna be “elitists” who are allowing Islam to run wild across their country!

Yes, “elitists” and self-centered Muslims….Islam is stuck in the past and that is where it belongs. Victory will belong to the infidel. Count on it! 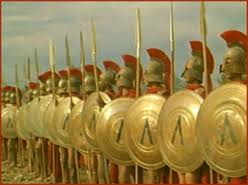 (This is not a call to violence, it is a call for the unity of the infidels.)

24 comments for “Generation Identitaire: French Youth’s Declare war on Multiculturalism & Islam Being Forced Down Their Throats!”

Leave a Reply to Brit in exile Cancel reply