I cannot think of many things worse than preying on a grieving family member, but that is what the founding director, Tarek El-Messidi, of Celebrate Mercy (CM) is doing to Dr. Anne Stevens, sister of Ambassador Stevens. A victim of Islam. When I exposed this yesterday I also sent a few Tweets to Celebrate Mercy. Including the article I had written.

@CelebrateMercy Does that include the sex slaves he raped?#savage #Muslim #Islam

@CelebrateMercy “Do not give the People of the Book the greeting first. Force them to the narrowest part of the road.” U left that part out

On their about us page CM makes the following claim:

CelebrateMercy, a non-profit organization, aims to instill a deeper understanding of the Prophet Muhammad (peace be upon him) and Islam, among Muslims and friends of other faiths. It also aims to dispel many stereotypes and misconceptions about Islam. This is achieved through our interactive web-casts, website, and Facebook and Twitter pages, featuring videos of globally prominent scholars and performers.

Obviously it is not done by debate. Because instead of even attempting to refute my article, they ran to the hills as they blocked me.
(Top of screenshot, click on image to enlarge) 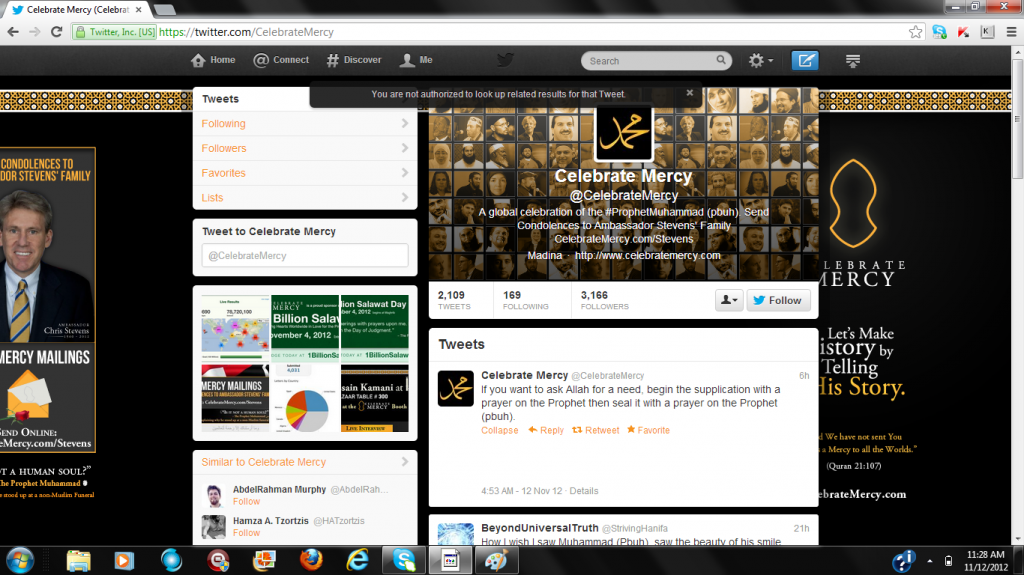 Yesterday I stated that CM could be doing this to grab some good press for Islam. One thing which really leads to that belief is that Muslims have been persecuting and killing their own people across the world for centuries. Including the murder of Shaima Alawadi in California. In that case there was an attempt to cover it up by turning it into an “anti-Muslim hate crime”.

It turned out that her husband ended up getting arrested for the crime.Yet I could not find any quotes from Tarek on that horrible murder. Instead he picks one of the highest profile news stories there is today as “his cause”….. 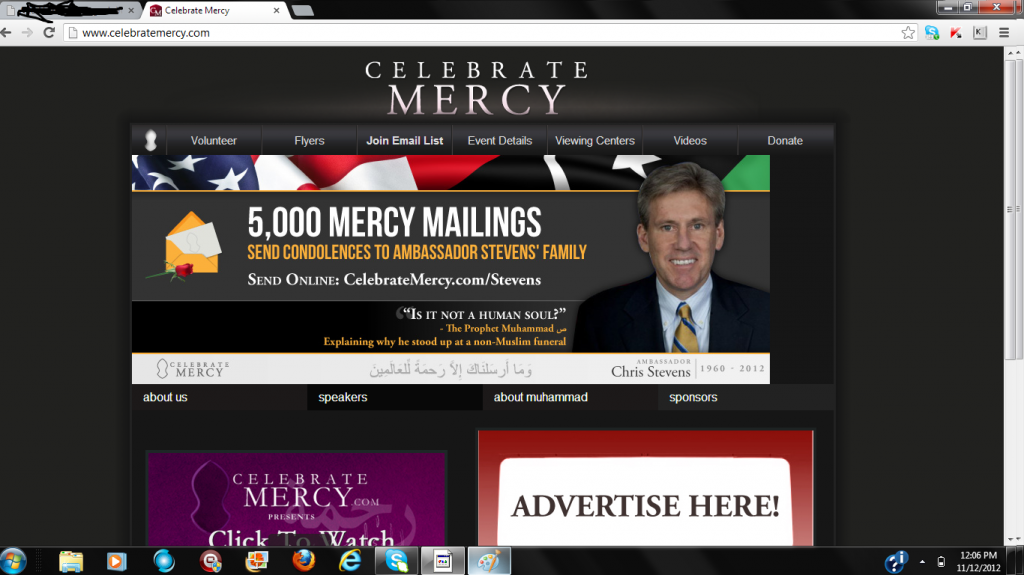 Tarek….since you did not even attempt to refute my article, I am going with you are a vulture preying on a woman in a state of weakness. 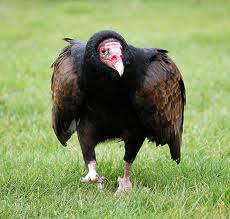 If you had an mercy, you would stop exploiting the murder of Ambassador Stevens. I highly doubt you will though!