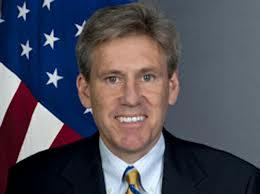 I find this absolutely outrageous but not unexpected from anyone loyal to Mohammad the con artist and Allah. First the Islam loving Obama disgracefully watched the Islamic terrorist attack on Ambassador Stevens, and did nothing to try and save him!  Now we learn that the Muslim organization “CelebrateMercy” is disgustingly taking advantage of the grieving Stevens family. Most likely done in an effort to get Islam some good press!

November 10, 2012– A campaign by the Muslim organization CelebrateMercy to write condolence letters to the slain Ambassador’s family has ended, but its impact is continuing. The campaign initially hoped to receive 1,000 letters in 10 days. Instead it went viral with over 7,500 letters from 115 countries and was tweeted byprominent figures including Deepak Chopra and Cat Stevens (Yusuf). Once the initiative was featured on The Huffington Post, the Stevens’ family immediately reached out to CelebrateMercy’s founder.
Chris Stevens’ sister Anne wrote, “I want to thank you on behalf of our family for the tremendous efforts you have been making to collect letters from people around the world. We are thankful for the goodwill of the thousands of good people who are reaching out. It is this public display of goodwill that will move us all to better understanding and collaboration.”

Anne, I know you are at a terrible time in life and I am truly sorry for your loss, but please understand that Islam is a religion of perpetual war. An ideology that clearly expresses its disdain for non-Muslims. That is what your brother was a victim of, not a misunderstanding. 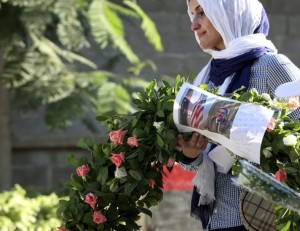 From November 10-13, CelebrateMercy’s Founding Director, will meet with Dr. Anne Stevens in Washington D.C. where all letters, bound into a book, will be presented to her. They will also discuss the newly-launched J. Christopher Stevens Fund dedicated to building bridges between people of the United States and the Middle East. Also while in D.C., Dr. Stevens will be meeting privately with U.S. President Barack Obama and she will attend a ceremony to receive a Common Ground Award from U.S. Secretary of State Hillary Clinton.

Dr. Stevens, Obama and Hillary are MAJOR parts of the reason your brother is no longer with you. The two have chosen to side with Islam over America as we know her. They are completely complaisant to the Muslim Brotherhood. A power worldwide organization whose goal is for Islam to completely dominate the world. Whether non-Muslims like it or not! In their never ending quest for power, Obama and Hillary have sold us out! Sorry to be so blunt, but your brother was just  a pawn to them.

Though  the MercyMail campaign has ended, CelebrateMercy continues to receive online letters from Muslims spanning five continents, including many from Libyans and Libyan-Americans. Messages have ranged from personal stories, to condolences and prayers for the family, and explanations of why the act contradicts Muhammad’s character.

The “character” of Mohammad was one of a savage!

“Violence and vandalism, no matter how angry you are, is not right in any religion. By killing an innocent man, this mob did more to offend the Prophet Muhammad’s legacy than this film could have ever done,” said Tarek El-Messidi, founder of CelebrateMercy.

Tarek…what do you call the actions in the two quotes I posted? I can easily post many showing the same savagery. 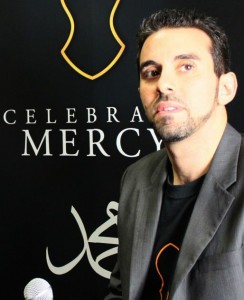 “The Prophet Muhammad embodied mercy and patience on a daily basis, and taught that killing a single person is equivalent to killing all of humanity. This tiny, but loud minority obviously wasn’t listening, but the outpouring of heartfelt letters from Muslims worldwide reflects the values of the overwhelming majority.”

I have heard this IslamoCON over and over. Tarek is referring to Koran verse 5:32. But he conveniently leaves out the most important part of the verse.

YUSUFALI: On that account: We ordained for the Children of Israel that if any one slew a person – unless it be for murder or for spreading mischief in the land– it would be as if he slew the whole people: and if any one saved a life, it would be as if he saved the life of the whole people. Then although there came to them Our messengers with clear signs, yet, even after that, many of them continued to commit excesses in the land.

Obviously “mischief in the land” is a very open statement, and “mischief” can be defined as almost anything. As a matter of fact, the Iranian government was going to charge BLOGGERS with it. It is called fasad.

Tarek also leaves out the possible punishments for “spreading mischief”.

YUSUFALI: The punishment of those who wage war against Allah and His Messenger, and strive with might and main for mischief through the land is: execution, or crucifixion, or the cutting off of hands and feet from opposite sides, or exile from the land:that is their disgrace in this world, and a heavy punishment is theirs in the Hereafter;

Back to the release:

CelebrateMercy is a non-profit organization that aims to educate people of all faiths about the Prophet Muhammad through online telecasting and social media. It solicited responses to its 11-day ‘MercyMail Campaign’ via Facebook and Twitter, urging followers to “respond to an evil deed with a good one.” It has over 150,000 Facebook fans and over 1,000 registered volunteers worldwide.

In other words they are another IslamoCON organization preying on the kindness of unsuspecting non-Muslims.

Note: Dr. Anne Stevens and Tarek El-Messidi are available for media interviews while in Washington D.C. or remotely via Skype or phone after November 13. For more information and to view detailed campaign results by country, visit  www.CelebrateMercy.com/Stevens

← “Historian” Daniel Pipes: In a World of his own Making ~ Taking America Straight to an Islamic Hell
Update on Ambassador Stevens’ Family and the Islamic Vultures of “Celebrate Mercy” →