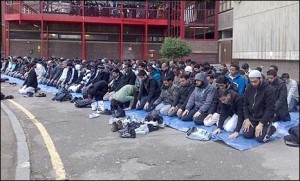 Praise Allah! Praise Allah for allowing one of his soldiers to rot in jail for the next 11 years! Finally the traitor to America Younus Abdullah Muhammed, has gotten what he deserves. Hey Yonus, do you remember when you posted one of my articles on your site word for word when I stated I wanted to end Muslim immigration? You were trying to summon more slaves of Allah to turn against me. Well guess what? I am still here free to continue to alert non-Muslims to the threat of Islam. Meanwhile you enjoy lock down. Hopefully they will put you in solitary confinement so you cannot encourage others to join your hate group. 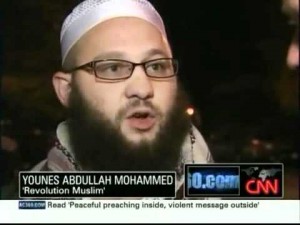 A New York man who was involved in making online threats to the writers of the South Park television series, as well as other writers critical of Islam, was sentenced to 11 ½ years in prison on June 22.

Jesse Morton, who is also called Younus Abdullah Muhammed, 33, was sentenced to 138 months in prison in a federal courthouse in Alexandria, VA for using his position as a leader of the “Revolution Muslim” organization’s Internet sites to conspire to solicit murder, make threatening communications, and use the Internet to place others in fear.

← Member of US Military in Afghanistan: We Don’t Know Why we are Here! ~ Audio
Zudhi Jasser’s Colleague Admits Their “Moderate Islam” Campaign has NO Mosque Support! →

16 comments for ““Revolution Muslim” Leader Sentenced to Over 11 Years!”