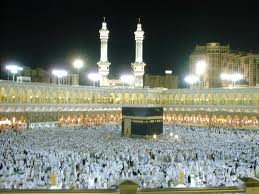 Besides misleading Americans into believing “moderate” Muslims are coming to the rescue, Zudhi Jasser also wants our country to intervene in Syria. A move that would obviously cost us millions, if not billions of dollars we do not have. Jasser does not care about that though, as he frequently Tweets about his homeland Syria. Hopefully the killing going on there will stop, but it’s a Muslim issue. Let Muslims work it out. America already tried nation building with Muslims. It doesn’t work.

Occasionally I have Tweeted him back telling him we have no money, and for him to go there and invest his money. Until the other night he had not responded for a while. Since he did and Jasser and his non-Muslim followers state he is a devout Muslim, I wanted to see just how “Muslim” he is.

@DrZuhdiJasser you’re a “Muslim” go to Saudi Arabia, or Somalia and ask them to help. Let me know how you make out.

Zuhdi got angry enough to respond and told me to go there. 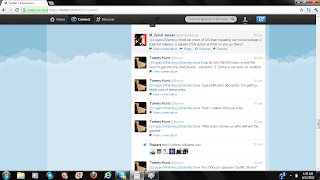 I sent him a few replies:

Christopher Logan ‏@LogansWarning
@DrZuhdiJasser Oh look Jasser grew a set and responded. I didn’t equate that. Go to SA and show the world what kind of “Muslim” you are.

Christopher Logan ‏@LogansWarning
@DrZuhdiJasser the point which obviously went over your head is…let Muslims help Muslims. Got it now? Your “moderate” message will go down

Christopher Logan ‏@LogansWarning
@DrZuhdiJasser come on Zudhi….go do next Hajj. Go PROVE to USA what you are selling is Islam. Send my regards to Pipes and Gaffney….

At that point Zuhdi did his best Houdini impersonation and disappeared on me. So the question is now, has Jasser ever performed the 5Th pillar of Islam?

Hajj – The Fifth Pillar of Islam
Hajj is the fifth pillar of Islam. It is obligatory for every Muslim to perform Hajj once in his, or her, lifetime unless there is no financial or physical ability. Allah (swt) has said,

“O people! Perform Hajj for Allah has made it obligatory on you”. Hearing this, a man said, “is it every year O Messenger of Allah?” The Prophet (S) kept silent until the man repeated the question thrice and then said, “if I say yes it will become compulsory and you won’t be able to do it”. [Muslim and Ahmad].

If Jasser is being honest with us, why doesn’t he go there and PROVE to America that what he promoting is Islam? Did I forget to mention that after an over year long “friendship” with Jasser, he finally blocked me on Twitter after I dropped that bomb on him?

To add to it, yesterday I received an email with a link to an article written by Dr. Andrew Bostom.

Ignorant or Deceitful Regarding the Koranic Doctrines of Jihad and Dhimmitude?

Mohammed Zuhdi Jasser has just released his first book [2] with the understated title, A Battle for the Soul of Islam: An American Muslim Patriot’s Fight to Save His Faith.
Dr. Bostom then quotes Jasser:
The Qur’an…is not actually a text that was written with the idea of conquering those of other faiths. Throughout the Qur’an, the debt to Christians and Jews, for their teachings and prophets, is acknowledged over and over again in their common origin from the God of Abraham.

The rest can be read HERE.

Jasser making that ridiculous statement either means he is delusional when it comes to Islam, or just a flat out liar.

They desire to extinguish (li-yutfi’ū is in the subjunctive form because of an implicit an [sc. an yutfi’ū], the lām being extra) the light of God, His Law and His proofs, with their mouths, with their sayings, that this is sorcery, or poetry or soothsaying; but God will perfect, He will manifest, His light (mutimmun nūrahu: some have read this in the form of a genitive annextation, mutimmu nūrihi) though the disbelievers be averse, to this.

It is He Who has sent His Messenger with the guidance and the religion of truth, that He may make it prevail, that He may raise it, over all [other] religions, [over] all the religions which oppose it, though the disbelievers be averse, to this.

Then there is this:

Seeing how Jasser’s statement is so easily refuted, I find it hard to trust him. This leaves me with one question. (When someone blocks you on Twitter you cannot read their wall, but are still able to Tweet them.)

Christopher Logan ‏@LogansWarning
@DrZuhdiJasser You help have Mosques be built here. Has any of the $ donated to American Islamic Forum for Democracy ever been used for that