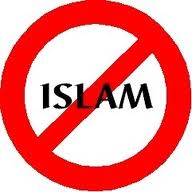 In my last article which was entitled “How do you win a war, When you Have no Answers?” (Frank Gaffney, Daniel Pipes, and the rest of the FAILED “moderate Islam” campaign), I pointed out that the polices of the many of the biggest names in this battle have been a huge failure. As Islam is clearly taking root in America.  Also as stated, I have been speaking out on this issue for over 10 years and at first I paid a lot of attention (and still do) to Islam in the UK and other non-Islamic countries in Europe. My hope is to avoid things getting as bad here with Islam, as they are there.

In the UK Muslims are running wild, and they obviously think the own the place. Hence, my consistent call to end Muslim immgration.

Islam itself is the enemy and and now we see Europeans are finally admitting that. The reason is because they have exhausted all their other options, and have no choice! It will be Islam or our way of life. Muslims will leave us no choice in that matter.

While the threat of Islam in Europe is at a high level, there is hope. A lot of hope. Infidel friends, the anti-Islam campaign has started!

Austria: Austrian MP Ewald Stadler lets the Turkish Ambassador know what he thinks of Muslim immigration! What a tongue lashing, and well deserved!

France: Deportations of Muslims has started. It is not nearly enough, but the message is that more will follow.

“It’s not just linked to Toulouse. It’s all over the country. It’s in connection with a form of radical Islam, and it’s in agreement with the law,” he said.
Sarkozy suggested then that more raids would follow, saying, “There will be other operations that will continue and that will allow us to expel from our national territory a certain number of people who have no reason to be here.”

Rome, 27 August (AKI) – Mosques in Italy will not receive a share of income tax revenue the Italian government allocates to religious faiths each year. Hindu and Buddhist temples, Greek Orthodox churches and Jehovah’s Witnesses will be eligible for the funds, according to a bill approved by the Italian cabinet in May and still must be approved by parliament.

Germany: Swedish businessman Patrik Brinkmann stated he would donate €5 million into Pro NRW. The money to be used to build an anti-Islam center in Germany.

Besides the rise of the pro-NRW anti-Islam party, in 2010 the government of Germany had used anti-Nazi laws against two Salafist Islamic organizations for plotting a non-violent takeover from within.  Last year we witnessed more evidence of their government turning against Islam when on the first day of his new job, Interior Minister Hans-Peter Friedrich lashed out against against Islam.

Friedrich, who succeeds Thomas de Maiziere, now defense minister, at a news conference in Berlin said there was no proof in history “that Islam is part of Germany.”

Spain: Salt’s mayor Jaume Torramade has banned the call to prayer. The northeastern region has a 40-percent Muslim population. It was his way of pushing back the Islamization of Spain.

“The large numbers of Muslim immigrants in Salt have attracted imams who are enforcing conducand dress codes. Muslim women used to wear blue jeans, but now they cover their hair.”

Leading the way is the Netherlands’ Great Geert Wilders, who I deem as the West’s greatest hope.

Wisely Wilders is not waiting for some form of “moderate” Islam to save the day. He is calling for an end to the construction of Islamic schools, Mosques, and end to Muslim immgiration. Also for deportations.

I call I vehemently echo.  The bottom line here is that we are not going to win this war playing Mr. Nice Guy (that is not a call for violence), and the sooner the country gets out of the “moderate” Islam is coming to the rescue fantasy, the better. As of now America is making the same mistakes Europe made. For the sake of your future generations I urge you to heed Wilders’ warning!

← How do you win a war, When you Have no Answers?
Europe: The Rise of the Anti-Islam Campaign! Part II →

67 comments for “Europe: The Rise of the Anti-Islam Campaign!”