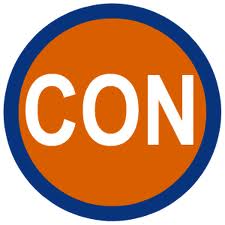 This week the slaves to Allah are bringing the IslamoCON to Houston Texas, in an effort to try and get non-Muslims to believe that Islamic Law is no threat to them. Thankfully there is an organization waiting to counter that falsehood.

The way supporters of the conservative group Texas Eagle Forum see it, a growing number of U.S. Muslims are practicing “stealthy jihad,” secretly trying to impose their religious doctrine on Americans and form a parallel judicial system, one that could force women to wear burkas or even condone honor killings.

Sharia, the legal, moral and religious underpinning of Islam, is “a threat to America,” said the Eagle Forum’s former president, Pat Carlson, who is running for state representative in Fort Worth.

With the help of a neoconservative Washington, D.C., think tank, which spearheaded similar efforts in more than 20 states across the country, the group last year pushed legislation in Texas banning the recognition of foreign law in state courts, with its proponents decrying Sharia’s “creeping influence.”

It didn’t pass, but some lawmakers consider the issue important enough to take up before the Legislature convenes in January. Last week, South Dakota’s governor signed a bill aimed at preventing courts from applying Islamic law.

It is refreshing to see that our fellow countrymen are awakening to the threat of Islam.

In Houston, home to the largest Muslim population in the state, there were two attempts to burn down area mosques. To combat what they say is the greatest escalation of Islamophobia since Sept. 11, an Islamic advocacy group has launched a national campaign to counter the “fundamental misunderstanding” of their faith’s doctrine complete with TV ads and a 24-hour toll-free number. The campaign lands in Houston this week.

“We have the right to practice our faith,” said Naeem Baig, a spokesman for the Islamic Circle of North America, which is leading the campaign.

“It’s ridiculous that we even have to address this,” said Mustafa Carroll, executive director of the Houston chapter of the Council on American-Islamic Relations. “But we don’t have a choice.”

There we see the start of the IslamoCON that is coming to Houston. There is no “fundamental misunderstanding”. Islam clearly calls for the dominance over non-Muslims, and I and many others here will continue to convey that message to America.

Yes, unfortunately you do have the right to practice Islam. That does not mean non-Muslims are going to allow it to take over America. For that to happen you will have to kill 10’s of millions of us. YOU up for it?

As you can see CAIR is getting annoyed. Poor them….we have them greatly outnumbered. Keep pushing them, they will break. (All within the law, of course)

The Plano-based Liberty Institute, a conservative Christian legal advocacy group, supports the legislation on the basis of “religious freedom.”

“People have a concern that the government through the court system is or will get into private religious matters that the courts have no business litigating,” said Jonathan Saenz, the institute’s director of legislative affairs. “And we want to make sure that we protect the U.S. legal system from the influence of foreign law.”

Restricting the consideration of foreign law can be detrimental to trade or international movement, he said. A business contract with a company in Malaysia, whose law reflects some aspects of Sharia, could be illegal. A couple married in Saudi Arabia might not be recognized as such in the U.S.

That’s good. Islamic Law should not be recognized here. Maybe it would make Muslims think twice before they come here. America will survive without Muslim immigration. It might not with it.

← Zuhdi Jasser Will NOT Explain how Islam will Reform, or Condemn Mohammad for Taking sex Slaves!
Jamaica Queens: Preaching the Bible in the NY Subway System ~ Video →

22 comments for “Slaves of Allah Coming to Houston to “Educate” Non-Muslims on Sharia!”