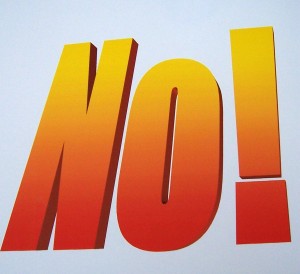 Now this is NOT the way to start off the new year in regards to the war with Islam! Yes Islam is at war with us, and smart infidels are at war with Islam in return. But when I say war, I do not mean a war of violence with Muslims in America. As idiotic violent actions like these attacks will only hurt us in the war with Islam. Islamic organizations like the Council on American Islamic Relations (CAIR), are going to take this act and run with it as long as they can. Besides CAIR, Muslims already have the ear of US authority figures across the country. We do not need Islam to become even more protected than it already is.

NEW YORK (AP) — While members of an Islamic cultural center gathered for a Sunday evening dinner, a Molotov cocktail hurled by an unknown assailant and made from a Starbucks bottle burst and shattered against the center’s main entrance. Another was thrown at the sign for the center’s school.

It was one of a string of suspected arson attacks that police were investigating on Monday as possible bias crimes and trying to determine whether the incidents were linked. No arrests have been made.

Structural damage to the Imam Al-Khoei Foundation was minimal, but some members of the center were emotionally shaken, the assistant imam said. About 80 worshippers were there when the firebomb was set off at 8:44 p.m., the third in the series of suspected arson attacks in Queens on Sunday night.

Now, do not get me wrong. We are clearly in a war with Islam, and despite these attacks we have no choice but to continue to fight back. All within the law though! Here is a 5-point plan, that I had posted in the past. Explaining how we can push back within the law.

Whether we like or not we are in a war with Islam. While it is mostly a non-violent within America, it is still a war. As their goal is to conquer us. Islam is quickly expanding across the America, and it is very clear that we are losing at this present time. Muslims are beating us, by using our own rules against us. So in order strike back (all within the law of course), we must get more organized and develop a plan. Talking about the internal threat of Islam is not enough. We must try to counter the top five reasons we are losing this war.

5. Far too many non-Muslims are uniformed on Islam, or are just unaware of what is going on in regards to Islam in America. It is our job to continue to show the evidence of the internal threat of Islam. Many of us have been doing this, but we also need to recruit more non-Muslims to join us. I know sometimes it gets frustrating sometimes, but we cannot give up. If you ever feel like giving up just take a look at a picture of your loved ones, then visualize the horrors that take place across the Islamic world. I know it is not pleasant, but doing this should motive you again.

4. These days it is politically incorrect to speak out against Islam. Only time and the continued evidence against Islam will change this. In the meantime continue to speak out. If someone calls you a racist, ask them what race Islam is? If you are called a bigot, ask them if Jews were bigots for opposing Nazism? Or if black people were bigots for opposing the KKK? Sometimes there are times in life where people have to stand up for themselves. This is one of them.

3. Muslims lie like there is no tomorrow, and will say anything in an attempt to try to get non-Muslims to back off. This is what I call the information war, and Muslims have mastered it. When and wherever you see Muslims repeating the Islam is a religion of peace falsehood, counter it. Whether it be in a chat room, on in an article in an online paper. If it is an online paper, just leave a comment at the bottom. Also point out to any non-Muslims that are reading, that Islam instructs Muslims to lie. The comment sections of online publications are a great way to reach new people.

2. The MSM protects Islam and if we had them on our side, things would be much different. The country would have turned on Islam along time ago, and Muslims would be discouraged from coming here. What we have to do with the MSM is counter their claims as well. Once again, if you see an article that whitewashes Islam leave a comment at the bottom of it. If there is no comment section available, look for the contact information and write to the editors. Show them the facts, and let them know we are sick of them covering for Islam. Let them know we are more concerned with protecting life as we know it, than being politically correct. We will not let America die because of the PC virus. A list of contact information for some of the MSM can be found HERE.

1. Islam’s greatest strength is obviously it’s religion status, and our government adds to that by being so protective of it. Obviously sending anything to White House now is a waste of time. But we need to start educating our officials from the ground up. So please take the time to send some articles on this issue to your local representatives at least once a week. Two different contact websites can be found HERE, and HERE. Another thing we can do is point out that Islam is much more than a religion, that it is a complete way of life that includes political and military components as well. We need to mention that according to the Islamic scriptures the political aspect stands for non-Muslims as well. I know this is no a way to live, but as of right now we have no other choice. We have to do the job our government is not doing. (Any other suggestions are of course welcome.)

In order to win this war, I need my infidel teammates to continue to follow the non-violent path in the war on Islam in America. Thank you!