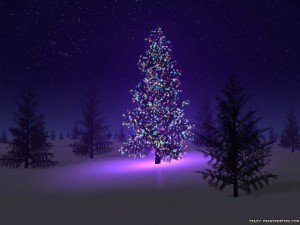 Unfortunately this year is the 10Th anniversary of the Reviving the Islamic Spirit (RIS) Conference (Canada), and it will be taking place over the Christmas holiday. (December 23-25, 2011), at the Metro Toronto Convention Center. This is not the first time Islamic conferences have taken place over the Christmas holiday. Last year Muslim Congressman Keith Ellison, spoke at a Sharia convention held by The Muslim American Society, and the Islamic Circle of North America in Illinois.

This year (RIS) is using the words of Dr. Martin Luther King, Jr., in their IslamoCON.

In 1967, at the height of the Civil Rights Struggle in the United States, Dr. Martin Luther King, Jr. wrote a concise yet penetrating assessment of his times, and the choices that needed to be made if America were to avoid an accelerating descent into obscene inequalities, violence and social disintegration. He also considered the implications of a shrinking and rapidly integrating world, as well as technological advances, for our traditional conceptions of war and peace. It was a critical historical juncture and his insights were penetrating. He entitled that work, “Where Do We Go From Here: Chaos or Community.” At the end his reflections, Dr. King penned the following sobering words: “We still have a choice today: nonviolent coexistence or violent co-annihilation. This may well be mankind’s last chance between chaos or community.”

What the leaders of RIS fail to mention is that if non-Muslims do not convert to Islam, or submit to Islamic Law, Muslims can then wage war on us. Convert, pay jizya, or fight for your life.

When you meet your enemies who are polytheists, invite them to three courses of action. If they respond to any one of these, you also accept it and withold yourself from doing them any harm. Invite them to (accept) Islam; if they respond to you, accept it from them and desist from fighting against them. Then invite them to migrate from their lands to the land of Muhairs and inform them that, if they do so, they shall have all the privileges and obligations of the Muhajirs. If they refuse to migrate, tell them that they will have the status of Bedouin Muilims and will be subjected to the Commands of Allah like other Muslims, but they will not get any share from the spoils of war or Fai’ except when they actually fight with the Muslims (against the disbelievers). If they refuse to accept Islam, demand from them the Jizya. If they agree to pay, accept it from them and hold off your hands. If they refuse to pay the tax, seek Allah’s help and fight them.

In others words, bow to Islam or else….

The warning given by Dr. King is even more pertinent today than when it was first uttered. Established ideas of the role of government, wars for profit, the militarizing of the police forces of nominally democratic states, a resurgence of national chauvinism, civic consciousness devolving into base tribalism and other developments have created a situation where cooperation between people and institutions is increasingly important if we are not to see an unrestrained descent into chaos and confrontation.

They can call it whatever they want, but there is a reason there is a nationalist campaign forming across the West, and that reason is that Muslims are clearly trying to take over from within. Expect the backlash against Islam to get even stronger! (All within the law, of course.)

As Muslims, a community that has been described as “the best community brought forth for the service of humanity,” and having been ordered by Almighty God to “cooperate for good and righteousness,” we must take the lead in working to preserve a social climate conducive to cooperation. This is a sacred duty. Now, almost forty-five years after Dr. King uttered his warning, we can say with even greater certainty: “This may well be mankind’s last chance between chaos or community.” At this critical juncture in human affairs we no longer have a choice. We must choose cooperation and community.

That description is further explained in the Sahih Bukhari Ahadith.

The basis of the message from RIS, is that Muslims know what is best for the world. Do NOT fall for it! Non-Muslims WILL suffer under Islamic rule. Do NOT cooperate with them, it will only lead to more of America changing to suit Islam.

← Mohammad ~ The Poisoned Mind of Prophet Pervert Penetrates America!
Can Anyone Guess What This is a Picture of? →

32 comments for “Canada ~ Reviving the Islamic Spirit Conference ~ To Take Place on Christmas!”