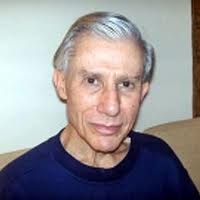 In the past I have challenged Islamic apologist’s such as Alan Colmes, Harvard’s Dr. Cesari, and Professor Juan Cole to debate me on Islam. Usually they do not have the courage to show up, or they quickly run away as Juan Cole did. Late last night I saw an Islam loving article written by Progressive Radio New Hour’s Stephen Lendman. He is tonight’s Challenge Target!

A little background on Lendman:

The Progressive Radio News Hour provides a global perspective on what is really happening in America and around the World – vital information unavailable in the mainstream, with noted guests sharing their expertise with listeners.

The Progressive Radio News Hour airs Thursdays at 11 am and weekends at 1 pm to promote real democracy advocacy to a growing national and world audience hungry for the kind of news and information unavailable through the corporate media. Daily, distinguished guests discuss vital topics like war and peace, the global economic crisis, the loss of our social benefits and civil liberties, and much more – freely and openly in-depth. Join us live or from past program archives.

Stephen Lendman is a renowned author and Research Associate of the Center for Research on Globalization (CRG). He is based in Chicago and has written extensively on war and peace, social justice in America and many other national and international issues. Stephen Lendman is a recipient of a 2008 Project Censored Award, University of California at Sonoma.

Onto his Islam loving article:

America’s dirty war, in fact, targets Blacks, Latinos, Native Americans, political activists, and Muslims for their faith, ethnicity, and at times prominence and charity, exploiting them as “war on terror” scapegoats.

On July 9, a Press TV US prison system racket interview highlighted the problem and urgency to address it, accessed through the following link:

America’s media ignore how unjustly it harms millions of disadvantaged people. Instead, they regurgitate spurious high-profile case accusations, always when Muslims are affected. Most often they’re men, occasionally women, bogusly charged with terrorism or conspiracy to commit it, when, in fact, they’re guilty only of being targets of choice and/or being in America at the wrong time.

Why Muslims when, in fact, Islam teaches love, not hate; peace, not violence; charity, not selfishness; and tolerance, not terrorism; or that Islam, Christianity and Judaism have common roots.

Who’d know though in today’s climate of hate and fear at a time America wages global wars on Islam, including at home.

Stephen makes a lot of claims about Islam but he doesn’t not back them up with anything other than his word. A word that should not be regarded as fact.

SL said: “Why Muslims when, in fact, Islam teaches love, not hate;“

Do you see the word “hate” in that verse Lendman?

Stephen, can you deny the call for violence in Koran verse 9:29?

What Lendman fails to mention is that 1/8 of zakat (charity) goes to those fighting the jihad.

Do you see the word “terror” in that verse Lendman?

SL said: “or that Islam, Christianity and Judaism have common roots.”

As I showed you earlier Lendman, Islam calls for the dominance of Christians and Jews, and also instructs Muslims NOT to befriend them. The “common roots” you mentioned are meaningless.

“Writers” like Lendman only make the job of our enemies easier. Lendman can be reached at: lendmanstephen@sbcglobal.net. Let’s see if he shows up.