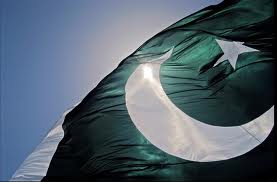 Hello friends, and enemies! I just wanted to let you know that the team on this site is doing a great job! Not only have we attracted the attention of the Iranian Shia media conglomerate, AhlulBayt News Agency (ABNA), now we have not gotten under the skin of a man using an email address provided for members of Pakistan’s government. His comment was just so friendly….

Ali
xxxxxx@faasi.gov.pk
67.115.155.175
Submitted on 2011/04/28 at 11:35 am
A lot of the “facts” in this blog are wrong, but you’re all probably dumb assholes who never left their home town anyway, so wallow in your sad lives and keep ‘raging against the machine’, Islam is a nice religion and Muslims are nice people, people like you give Islam a bad name because they have nothing better to do than to hate what others love. I believe that makes you a ‘hater’.

As you see “Ali” could do not better than insult us, as he could not refute our statements on his religion.

My reply to him was the following:

In reply to Ali.
Your childish insults shows you cannot prove me wrong. Islam allows rape, and slavery. What is so nice about that? Islam gives Islam a bad name, and pointing this out does not make one a “hater”.

His IP address shows us he is located in San Francisco.

The email address he is using is provided for departments of the Pakistani government.

Pakistan.Gov
A portal setup by Government of Pakistan to facilitate access to all the web sites run by various departments.
www.pakistan.gov.pk/ –

If he replies I will let you know.

Thanks for the support everyone!

42 comments for “Located in California, Member of Pakistan’s Govt Responds to Logan’s Warning!”