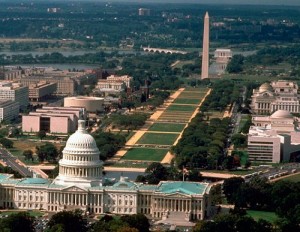 I have said over and over that Muslims do not have to be anywhere near the majority of America, to have a major impact on our country. The reason being, is that they know exactly where to target. Tonight we see how the Islamic Society of North America (ISNA), is opening the door for Muslims to obtain a foothold within our government.

Internships at the State Department

Experience the thrill and rewards of student programs at the U.S. Department of State. Whether you’re a high school student looking for summer employment, or a college or graduate student seeking a substantive internship supporting U.S. foreign policy, there’s no limit as to how far our opportunities can take you. At the U.S. Department of State, you’ll have a once-in-a-lifetime opportunity to gain insight into U.S. foreign policy and diplomacy, explore new career avenues and most of all, acquire lifelong skills as you represent America to the world. Are you up for the challenge?

Did you know that part of our foreign policy is to restore Mosques across the world? I am sure that Muslims were vehemently against that idea. I am also sure they would not come up with any other other ideas to help advance their religion.

Fellowships at the US Commission on International Religious Freedom (USCIRF)

The funded fellowships are available to select individuals with exceptional records of accomplishment and/or outstanding records of academic achievement in fields relevant to the work of USCIRF, including but not limited to, religious freedom and related human rights, foreign policy, international law, and security. USCIRF welcomes applicants from the U.S. congressional community, government agencies (including the State Department, U.S. Agency for International Development, and military and intelligence agencies), academia, nongovernmental organizations, think tanks, and other relevant fields. Current and previous Crapa fellows include:

Citizens of any country may apply. Non-U.S. citizens without permanent resident status must obtain an H-1B nonimmigrant visa, which USCIRF will sponsor.

Just what we need, non-U.S. citizens dictating how we run our country. Did it ever occur to our government they might not have the best interests of America at heart?!

What is the PMF Program?

The Presidential Management Fellows (PMF) Program was established by Executive Order in 1977 to attract to the Federal service outstanding men and women from a variety of academic disciplines and career paths, who have a clear interest in, and commitment to, excellence in the leadership and management of public policies and programs. By drawing graduate students from diverse social and cultural backgrounds, the PMF Program provides a continuing source of trained men and women to meet the future challenges of public service.

The following video shows us which extremely sensitive areas they are looking to bring their IslamiCON into.

Want to work for Congress?

Want to work for Congress? Tips From the Washington Post

ISNA often receives inquiries from young community members about how to become more civically involved by working for Congress. The Washington Post wrote an article on just this topic that we would like to pass along.

The Senate Placement Office can be a good starting point for working in the Senate if you are flexible about the details. The Placement Office assists Senators and Senate Committees fill entry-level through professional staff vacancies by accepting and then passing along resumes of qualified candidates. Similarly, the House of Representatives’ Office of Human Resources’ Web site gives a good sense of who is hiring on the House side of things. Roll Call, The Hill and Opportunities in Public Affairs are three publications that have Hill-centric employment listings. And after every election, the Committee on House Administration provides a resume drop area that collects and distributes resumes to the newly elected House members.

Do you think that when Muslims get the ear of our authority figures, they will tell them the truth about Islam? Of course not! When it comes to Islam, the freedoms of America are an Achilles heel.

19 comments for “Islamic Society of N. America: Encouraging Muslims to Obtain a Foothold in Governmental Agencies”