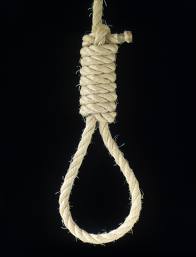 Tonight we will look at excerpts of the interfaith suicide statement which was released today in Washington, by the “Shoulder-to-Shoulder: Standing with American Muslims; Upholding American Values” campaign.

As American religious leaders, we share a deep sense of obligation to call upon our fellow citizens to treat each other with compassion and honesty, and to foster an ethical commitment to bedrock American values such as pluralism and religious freedom, mutuality and respect—values also at the core of our religious traditions.

Mohammad was a lying, raping, terrorist. He deserves no respect at all. What is your movement’s opinion of Hitler? Because they are two peas in a pod.

As the House Committee on Homeland Security convenes hearings on the putative “radicalization” of American Muslims, our obligation takes on renewed urgency…All of our faith communities share a powerful prohibition against bearing false witness, with the understanding that destroying a person’s reputation is tantamount to destroying his or her life. To assert that Muslims as a broad group are not deeply devoted to America’s safety and the peaceful interaction of its entire citizenry – that is false witness. By subjecting American Muslims to such scrutiny, we weaken our more perfect union, and we harm the national vision of our common good that is a witness to the nations. We encourage all citizens of this country to honor freedoms guaranteed by our Constitution that enable the free exercise of religion across our great land.

It is amazing how many serious mistakes there are in that paragraph. The first being the part about bearing false witness. Because Islam encourages Muslims to bear false witness.

The second major mistake is believing there is a “perfect union” when Islam is involved. Its scriptures call for our dominance, and closing your eyes to this fact does not make the threat of Islam disappear.

The third mistake is thinking we should let Islam run wild because of our 1st Amendment. Do you really think the Founding Fathers would have sat and watched our country slowly get devoured by Islam? Of course they would not have. They would have made the necessary adjustments, in order to save America.

Far from a “radicalized” fringe group, Muslims are woven into the American tapestry. Muslims serve as teachers and factory workers, doctors and lawyers, social service volunteers and loving parents.

Muslim doctors and teachers have joined the jihad. Members of the Council of American Islamic Relations (CAIR) are lawyers.

The careers of Muslims do not mean they stand with America over Islam.

They serve proudly and with distinction in the military and FBI, on police forces and in fire departments, and in all branches of the US armed services next to soldiers of all faiths, many having given their lives for our country. In these and other vocations, Muslims work hard, give back to their communities, and worship in peace. The Muslim community’s clergy work closely with the leaders of our nation’s other faith groups where we study our sacred texts together, pray together, and join hands to address issues of shared concern, such as homelessness, drug abuse, and violence against women.

They are a threat within our military. My “friend” Koshin Mohamed is just one example of this. Blasting the call to prayer at 6 in the morning is worshipping in peace? As you can see, their argument is paper thin.

If these non-Muslim interfaith “leaders” had actually studied the Islamic texts, they would see that Islam is a major threat to their religions. They would have also realized that America is in its greatest battle yet. Fight for her, or your future generations will surely pay the price. It is that simple!

In addition to the press conference, members of ISNA’s “Shoulder to Shoulder” campaign will meet with representarives of Congress and the White House throughout the day to introduce them to the campaign and express their direct concerns with the format of the King hearings.

Of course they will, they know just where to strike. Now we need to strike back, by continuing to speak out against Islam. Our voices are clearly on the rise, and victory will be ours!