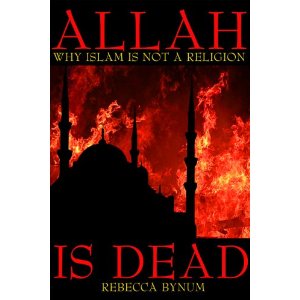 The duck-billed platypus is native to Australia. It is an amphibious egg-laying mammal which has a duck-like bill, web feet, and fur. It electrocutes its under-water prey of worms, shrimp, and larvae, but it also has a venomous claw that can paralyze land-based animals and people. It stores food in pouches in the mouth, but it has no teeth. When the babies are hatched they nurse through the skin, as the platypus has no nipples. One could not imagine a stranger animal on the face of the earth. 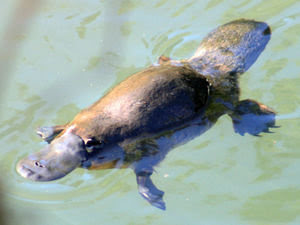 So it is not a casual remark when Rebecca Bynum calls Islam the duck-billed platypus of belief systems. This is because Islam is really an all-encompassing hybrid religio-socio-political system that cannot be compared with Christianity, or any other major religion, for that matter.

Why Islam is Not a Religion

Just because people profess a faith in an ideology doesn’t make it a religion. In our lifetime, people swore loyalty to Communism and Nazism with religious fervor, but those ideologies were never granted a “religious” status. Also in America, one so-called “religious” practice – polygamy – was so offensive that the Mormon church was forced to discontinue it to gain legal acceptance. There are definite limits to what can be deemed a religion, even in First Amendment America.

In addition to being a hybrid, Islam is wholly materialistic. The Quran takes on an almost fetish character, where the book itself is “sacred,” not the contents. The focus of prayer and the object of pilgrimage and veneration is a black rock. The rewards for dying in the cause of Allah are completely material — virgins, food, and sensual ambiance. Finally, Islam is the only religion where territorial sovereignty is more important than the inner spiritual sovereignty over men’s hearts. Mankind and territory are divided between the world of “submission” and the world of “warfare.” Whereas Judeo-Christian religions focus on the righteousness of individuals, the emphasis in Islam is the collective –the ummah.

When it comes to a concept of a god, the Allah of Islam predestines mankind’s lives with both good and evil outcomes. The submission to “Allah’s will” means not only that man has no personal responsibility, but Allah’s powers are unlimited and often whimsical. Good and evil cannot be determined rationally, but only by the dictates of the Quran and the example of Muhammad. The Judeo-Christian God, on the other hand, is characterized by loving kindness (checed), and mankind can use reason to distinguish between good and evil without relying on a written scripture or religious teaching.

Ms. Bynum concludes, “So what the Islamic system has done is usurped the place of God in the lives of believers. It has made a spiritual God unnecessary. The Islamic system is all one needs to know and obey. One must memorize the fixed words of the Quran, but knowing God as a living spiritual being is not required. . . The freedom Muslims are promised is of course entirely delusional because the reality in Islam is a life reduced to utter slavery – physical, psychological, and spiritual – without balm, without rest, without peace.“

What Should the Response to Islam Be?

“Compassion demands that we see Muslims as human beings first. . . Should we not then thoroughly examine the fundamental error of Islam, that is, of seeing the world’s peoples as divided and fundamentally separate, that Muslims and non-Muslims are not only different, but Muslims are more and non-Muslims less? If God’s love is divided, then God who is love must be divided, and though Muslims claim otherwise — that they worship “one God”– their theology in this regard is contradictory and insupportable. Judged in this light, is it not incumbent upon us to seek to free individual Muslims from the totalitarian thought-system of Islam, just as we once sought to free Eastern Europeans from the totalitarian system of communism on the basis that it is fundamentally in error?”

“Real peacemaking is the result of the stout and unyielding defense of the values our civilization was founded upon. . . . Islam is deeply and profoundly wrong. Pretending it is right only worsens our situation by delaying actions that must be taken if our own civilization, however imperfect and unseemly it may be, is to be preserved.”

“Religion must hold to the transcendent purpose of reconciling man to a greater reality – it must lead man to God and bring God, or Love, if you will, into the life of man in ever increasing measure. Religion must always stand apart from the social and political institutions of the society in which it exists. Its function is not to uphold the status quo; its function is to show man a higher reality.”

“One of the most important points to make about Islam is this: the purpose of Islam is only found in the perpetuation of Islam. Islam literally has no higher purpose. . . [That’s one of the reasons Islam is not really a religion.] There is no greater integrating or unifying force than religion. Without religion, we have absolutely nothing with which to counter Islam. . . Only faith in a loving God and the conviction that truth, beauty and goodness are real can oppose faith in a God of hate, a God of untruth, ugliness and cruelty. Religion itself is not the enemy and should not be treated as such.”

Rebecca Bynum’s book is a rational and compassionate discussion of the numerous disconnects between Islam and the Judeo-Christian ideologies. While it will be disturbing to Muslims who have never considered the theological and spiritual merits of Islam, it will empower non-Muslims to challenge the deeply worn “riverbed” of Islamic traditions which have very little to do with the sustaining “river” of a spiritual faith in a living God which should be central to any true religion.

This informative book can be purchased HERE.