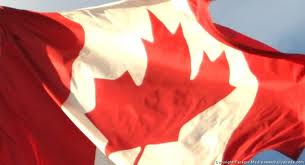 Now lets get back to Canada.

OTTAWA — The Canadian Arctic’s first mosque opened on in Inuvik to serve as spiritual home to the area’s fledgling Islamic community, a mosque committee member said.

The mosque arrived in the small northern town last month after traveling 4,000 kilometers (2,485 miles) over land and water.

The number of Muslims in the town of 4,000 inhabitants in Canada’s Northwest Territories has grown steadily in recent years to about 80. They had prayed in a three-by-seven-meter (10-by-23-foot) caravan until they could no longer fit.

The new mosque, dubbed the “little mosque on the tundra” by Canadian media, boasts a main hall with red carpets, a kitchen and a library, said mosque committee member Amer Suliman.

“The sky is grey, but the light from the mosque and the minaret is bright, it’s not too cold outside and guests are flocking here,” he told AFP.

The worshippers are largely Sunni Muslim immigrants from Sudan, Lebanon and Egypt who moved to Canada’s far north in search of jobs and economic opportunities.

Obviously these Sunnis moved to Canada, to expand Islam as well.

Back in July I posted about a proposed Mosque in Clarington Ontario. They were in need of funding to open, and unfortunately they received it.

With the blessing of Allah the Almighty and then the help of the Muslim community in the GTA, the Islamic Centre of Clarington was able to purchase a property in the town of Courtice and convert it into a masjid.

The cost associated with the purchase of this property was only $690,000.00 which includes 2 acres of land and a 3500 square feet building. Alhamdulillah through the Grace of Allah (SWT) and through the generosity of the donors, we have collected $450,000.

“Whoever builds a Masjid for the love of Allah, Allah will build for him a mansion in Paradise.”

Our clock is ticking guys, and as of now our laws are not cut out to defend us from Islam. We must stop looking at Islam as a religion, and look at it as the enemy ideology it is.