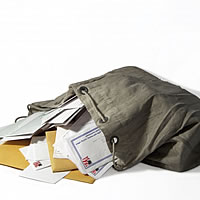 A few days ago I received the following email. I have decided to post it, and will be sending the link to the person who sent it to me. Lets see if he or she shows up, and how much they really know about Islam.

I have read ur article about Islam and see how you hate islam. But all what you have written I came 2 know that either u know nothing about Islam or u strongly hate it. Islam is a peaceful, strongest and most beautiful religion and it is not man made, that is why u can see the strong armies in the world united in groups to fight against it but they have never gained the full victory to annihilate Islam in the area they are, for this I swear u will never be able to stop the growth of Islam in ur country. How many people are coming to Islam after doing researches when they see the example of the article u have written. Bush told the people that islam is terrorism but many decided to setup the researches by learning QURAN and realised that the only religion that lead in the straight path is Islam and many people converted 2 islam. If u want 2 know Islam learn it and if u want 2 know that Islam is growing regardless of being fought, try to do research on
Islam in ur country after ur govement set up the rules to stop the growth of ISLAM see the growth rate after every 2 years

I have studied Islam and I do not find extortion, kidnapping, and rape, to be beautiful, “Peace” under Islam, is when non-Muslims are dominated by your religion. If you plan on doing that, you are going to have to kill millions of Americans. Are you up for it? Because there are millions upon millions of us, that will never submit to Islamic rule.

President Bush did not say Islam is terrorism, he repeatedly said that Islam is a religion of peace, and my government has been pro-Islamic since 911. Where did you get your information from? People are converting because of the unaware of the true hateful nature of Islam. Those days are coming to and end though.