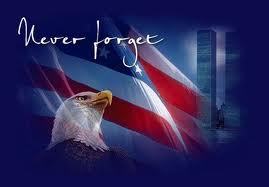 On Saturday I attended the 911 rally in NYC. Which was held in remembrance of the victims of 911, and against the proposed Ground Zero Mosque. Before I went there I had promotional materials, and flyers which outlined the threat of Sharia Law printed up. I also brought a camcorder with me, but outside of handing out the flyers, I was not exactly sure what my game plan was going to be. I figured I would play it by ear. When I got off the train I was a few blocks away from the main stage of the event. As I walked towards it, one of the first things I noticed was the large amount of people in favor of the Mosque (although they were greatly outnumbered). Being that this was my first time recording, navigating through the crowd and debating I didn’t do such a good job with the video. But I will use this as a learning experience, and do a much better job next time. (Or bring someone with me to do the recording.) But the audio you will hear in this video says it all. The first guy I spoke to was speaking out against “Islamophobia”, but at about the midway point of the video, I turn my attention to some guy who called me a bigot.

After those two encounters, I decided to head toward the stage while handing out my flyers. Along the way I saw this Muslim preaching the “Islam is peace” line. In the video, a non-Muslim states that Sharia Law is unconstitutional, but he messes up the argument by being too aggressive. The Muslim asked for the evidence, and I was going to get involved but the police made us clear the street. There will be another time….

After we were told to clear the street, I continued walking towards the stage, and noticed a few groups engaged in conversation. At this point I put away the camcorder, and started to hand out the flyers. The first crowd had a bunch of Muslims in it who were claiming to be “moderates”, but they were in support of the proposed Ground Zero Mosque. When I mentioned that I was there more for their religion more than the Mosque, and Muslim cannot be a moderate and support Sharia, one of the Muslims said they do not support Sharia. I told them they were not making sense because Imam Rauf is pro-Sharia.

I also mentioned that there are Mosques across America preaching for Sharia. A Muslim woman said they know, and I told her that she should go to those Mosques and protest against them. She did not respond to that, and then the usual talking points of the Crusades and Bible came into play. I let her know not to bother trying to change the subject, it does not work with me. Right around that point some Muslim guy who was with her group came right up beside me, and loudly asked what do I know about Sharia? When I started mentioning some of the laws of Sharia, he told me I was crazy and walked away. When I called for him to come back, he turned around with a big wisea$$ smirk on his face, and says he does not debate anyone who is crazy. First of all, if he is a “moderate” why is he is so defensive of Sharia, and if I am so crazy he should be able to refute my statements easily. But he did not.

The next person I encountered was a liberal woman, who was very polite and willing to listening. She was stating that not all Muslims are terrorists, and was standing up for Islam. So I let her know that Koran verses 8:12 and 8:13 condone terrorism, in the ahadith Mohammad admitted to being a terrorist. I also mentioned that the Koran states that the actions of Mohammad are to be followed for all times.

YUSUFALI: Ye have indeed in the Messenger of Allah a beautiful pattern (of conduct) for any one whose hope is in Allah and the Final Day, and who engages much in the Praise of Allah.

She really didn’t respond to me, but like I said she was willing to listen and did take in the information. After speaking to her, I walked around handing out flyers and noticed one more circle of people. I did not hear which exact Koran verse they were talking about, but a non-Muslim and Muslim were arguing over one of them. The non-Muslims said it was violent, and of course the Muslim said it was not. The Muslim then said he has the Koran on his phone and he will pull it up. Wouldn’t you know it? The verse said exactly what the non-Muslim said, and the Muslim guy tried to spin it that the word fight, does not mean fight. No one was buying it, and he went silent.

On the side I was talking to another Muslim (Sunni) about Sharia, and jizya. He tried to make Sharia sound acceptable by saying jizya is paid for my protection, but I told him I will not pay any religious tax, especially for getting less rights in return. At that point it was announced the rally was over, and what was the most interesting part of the day was about to occur. Another non-Muslim and I were walking together towards the train, and right behind us was the Muslim that I had just been talking to. The three of us walked up the block, and had about a 10 minute friendly conversation about Islam. I went on to tell him what a bunch of verses of the Koran and ahadith said. Now I know Muslims lie a lot like their religion encourages them to, but I believe this guy was sincere. He swore he never heard of those verses, and I am not saying that I changed his mind, but in his eyes I could see sadness, concern, and confusion. At a minimum, the seed of truth had been planted. We shook hands and walked away.