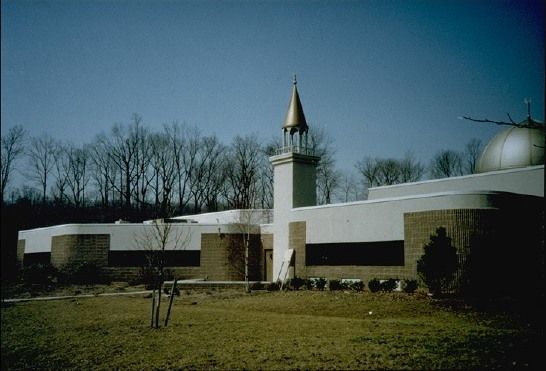 OK my friends this is getting out of control now. Just recently I had posted about two Mosques coming to Ground Zero, a the battle over a proposed Mosque in Staten Island, another battle over a 52,000 sq ft Islamic center in Tennessee, and a Mosque which has obtained approval in Wisconsin. Now I have just found out that the Islamic Society of Central Jersey, is expanding over 17 acres of land. They recently broke ground for the school on May 21st, 2010.

Your Sadaqa Jaria will ensure that Muslim American children will have a decent place to learn their religious heritage, and receive a decent formal education in a proper school building; Muslim American youth and adults will have a spacious mosque to pray after parking their vehicles in a proper parking spaces; a commercial facility will generate Halal income that will be used to finance the operation of ISCJ and make future fund-raising unnecessary; a burial preparation facility will prepare the bodies of the deceased Muslims for their final journey in the most Islamic way.

They are expanding their school, to help educate more children about Sharia.

A school has been operating on the premises of the Islamic Society of Central Jersey (ISCJ) on Route 1 for about 16 years, and started with pre-kindergarten and primary school students. It later expanded to middle and high school students, and there are roughly 500 students in the full-time school. Another 500 students participate in the weekend school for children who do not get a religious education at their schools during the week, said chairman of the board Dr. Parvaiz Malik.

The leaders of this Islamic Center, are not even trying to hide their agenda.

We aspire to be the anchor of a model community of practicing Muslims of diverse backgrounds, democratically governed, efficiently served, relating to one another with inclusiveness and tolerance, and interacting with the neighbors and the community at large in an Islamic exemplary fashion.

The fundamental objective of the Society will be to seek Glory to Allah (SWT).

The Quran, Sunnah and the Sharia shall always be the guiding light for the Society.

Like many other Mosques in America, they are calling for unity in support of Islamifying America.

Muslims are on a non-stop mission to Islamify America, so please, please help educate our fellow non-Muslims to this threat, you can easily do this by using the share options icons at the end of each article here.

← Muslim Visits Logans Warning, Tells me to lay Down and Die!
Sharia vs anti-Sharia Chaos on the Streets of London~ Video →

22 comments for “New Jersey: The Ground has Been Broken for 17 Acre pro-Sharia Islamic Center”