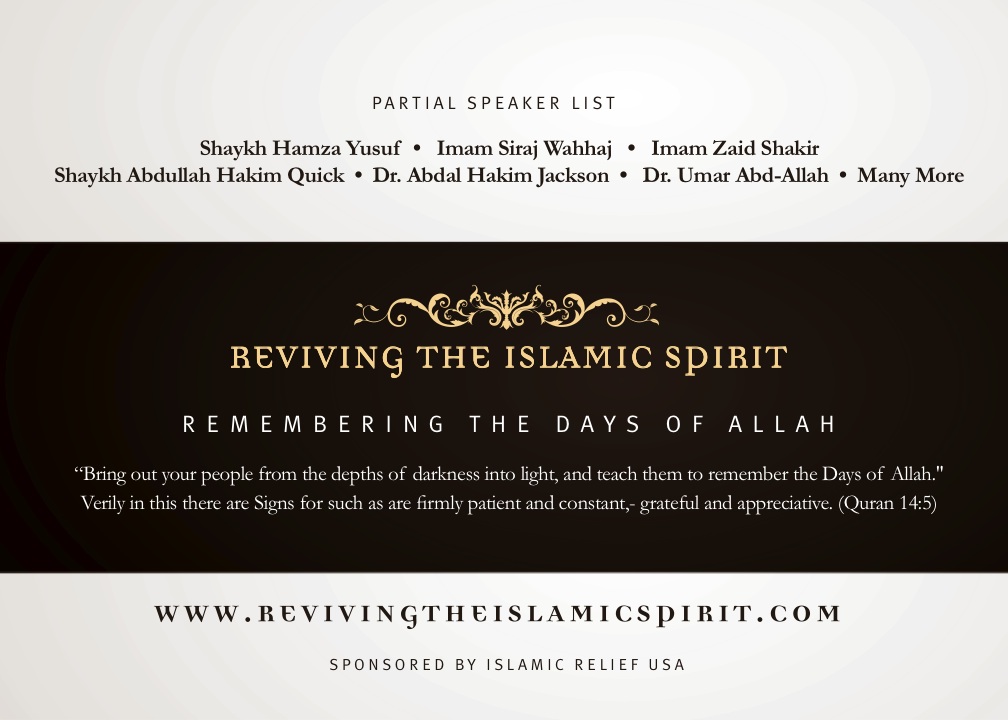 Islamic conferences are popping up across the West,, a top ranked Islamic website is calling for the final jihad, Muslims are preaching for Sharia right on the streets of NY, Muslims are dominating parts of the Netherlands, Sweden and the UK, etc. These are just some examples of how Muslims are uniting, and slowly taking over the West. Now the Reviving The Islamic Spirit convention, is coming to Long Beach California at the end of this month.

On behalf of Reviving the Islamic Spirit (RIS) organizing committee, we would like to invite you to partake in a very special initiative. We are pleased to inform you that RIS will be launching it’s first convention in US to take place on May 29th-31st, 2010 at the prestigious Long Beach Convention Centre, Los Angeles – California.

In eight years since its inception, the annual RIS Convention has become a cornerstone of the North American Islamic community, attracting scholars and students alike from all corners of the world.

The record number of attendees for this convention has shown that this is an experience like nothing one has seen before. Its unique, single auditorium set up with no parallel or split sessions have ensured that all attendees are present to hear what we have to say. The cross section of the community this event caters to is perhaps the widest for any Muslim event.

We look forward to welcoming you to this grand launch of RIS US Convention and request your support and prayers.

They are not here to be our equals, they are here to dominate the country.

We are definitely getting the word out, but we have to move faster. I would like to ask the readers to start using the social networking share icon, at the end of each article. Please take the time to share my work, on other sites across the Internet. The lives of our families future generations are counting on us.

41 comments for “Reviving the Islamic Spirit~ US Convention~ Video”