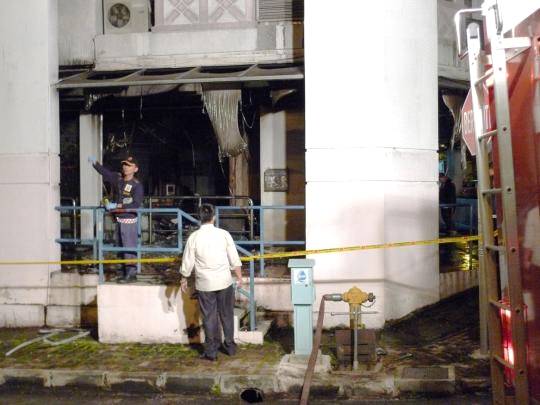 Just yesterday we read about Muslims in Egypt opening fire on a Church and killing seven. Today we learn that Muslims in Malaysia have firebombed three Churches. Are these acts the “tolerant” part of Islam, that leftist Christians keep telling me about? Wake up guys, Islam is no friend of Christianity.

Hat tip to Mike from Malaysia

(CNN) — Attackers firebombed three churches in the southeast Asian nation of Malaysia overnight, assaults that come amid widespread Muslim ire over a court ruling that allowed Christians to use the word Allah as a term for God.

Malaysian news reports said no casualties have been reported, and police have promised to step up security for churches and other places of worship.

But the acts stirred unease in the diverse society — where 60 percent of the people are Muslim, 19 percent are Buddhist, 9 percent are Christian and 6 percent are Hindu.

“We regret the irresponsible actions of certain extremist elements for the recent spate of firebombs thrown into church premises. These actions display their immaturity and intolerance toward others within a multi-racial society,” the National Evangelical Christian Fellowship of Malaysia said in a statement.

The violence comes as Muslims protest a recent court ruling that allowed a Catholic newspaper to use the word “Allah” for God. Muslims believe Allah, an Arabic word, should only be used by Muslims. A stay has been placed on the order on the grounds of national interest.

Muslims took to the streets Friday to protest the use of the word by non-Muslims, and authorities such as Malaysian Prime Minister Najib Razak called for the matter to be resolved in court amicably and expressed hope the protests don’t deteriorate.