Approximately 15 “Arabic” students in a Michigan High School, have shown us just how much they respect the victims of 911. Once again we see that, Islam and Muslim immigration should have never been allowed here. 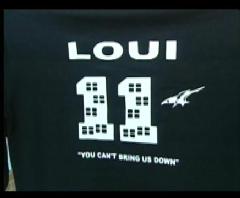 DEARBORN, Mich. — About 15 Arab-American students at Edsel Ford High School are in trouble over a sweatshirt they had made over the holiday break.

On the back of the sweatshirt, the number 11 is made to look like the World Trade Center Towers. The school’s mascot, a thunderbird, is seen flying toward the number.

For video on this incident go HERE.