Sadly we have lost more US Troops, but I have to wonder how an attack like this could even happen. Did this Muslim pose as a friend in the past, or did this maybe have something to do with Obama’s and our General’s new Rules of Engagement (ROE)? May they RIP. 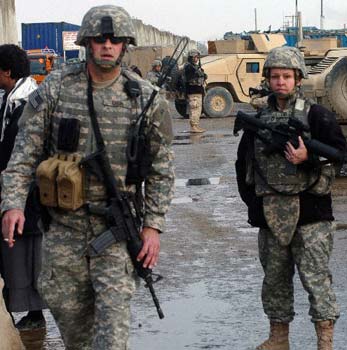 U.S. casualties reported at military base in Afghanistan
From Atia Abawi

A suicide bomber wearing an explosive vest attacked Forward Operating Base Chapman near the district of Khost in Khost province, said the official, who asked not to be named.

There were conflicting reports as to whether the bomber walked into the dining facility or the gym at the facility, and the casualty toll ranged from five to nine people. It is not known how many were killed or injured.

1 comment for “Afghan: Suicide Bomber Walks Into US Base”